The Bait and Switch (or how the grass isn't always greener)

June 11, 2019
Apparently the Bait and Switch is a thing now with employers. In order to get people to take a job, they make promises and tell the employee nice things. Then the employee takes the job and the reality isn't at all what was painted in the interviews. 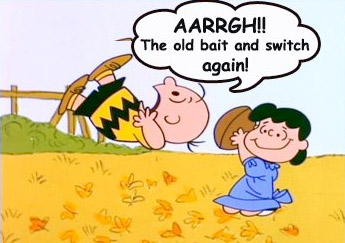 That's where I am now with my current IT day job gig. The people in the office are all great but this is not the job I was sold on.

1) When I asked about the hours of work, at no time was it mentioned that there would be 4 separate weeks of on-call for nights and weekends. Had they said that to me in the interview, the interview would have been over. I would NOT have taken this job. Period and end of story.

2) I wanted to do more with SCCM, Encryption, Mobile management. And less with support, as I was already doing less with support in the scheme of things… So it was made to sound like I could pick a specialization, learn that, and excel in it. Not so… all of the interesting stuff is located in California and those guys keep the keys to the kingdom.

3) Just doing straight support is boring. As far as advancing, this is a joke. As far as pay it is one step forward. As far as advancing in technology it is 20 steps back. At my prior job I had been on Win10 for over a year and a half. I get here and my laptop is a damn Win7 piece of junk. Win7 is why I went full ChromeOS during the life of that crappy OS during its lifetime. Win7 is EOL (End of Life) and yet here I am dealing with Win7. 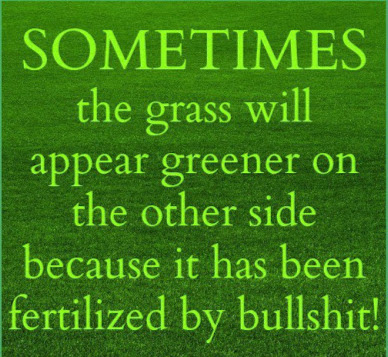 I really would like my old job back. I never should have left. The grass is definitely NOT greener on the other side. I miss my old job for the family feel of it, the people, and the actual technology. Plus my manager was the best. I don't know what kind of mental break with reality got in my head to make me jump ship, but it was the wrong decision.

I still talk with my old manager. I'm hoping the person that replaced me leaves or another spot opens back up and I can get back to where I belong. In the meantime though… I'm looking for something else and at the same time not trusting of anyone in these interviews. I don't like being lied to by companies that just want to get you in and then can manipulate you once you get in.

I used to be all about employer rights but honestly… if employers out there are doing this bait and switch regularly, then yes, there needs to be some strict employee safe guards. It's not cool to be lured out from someplace based on a what amounts to a full on manipulation.

I'm pretty much bored out of my mind every day now because the duties here are all things I've surpassed already. More things to do doesn't change the boredom of the job when the things to do are straight up boring. Every work day I wake and say, "I wish I could go back to my old job now… PLEASE???!!!???