The Toy Store Experience and Storytelling 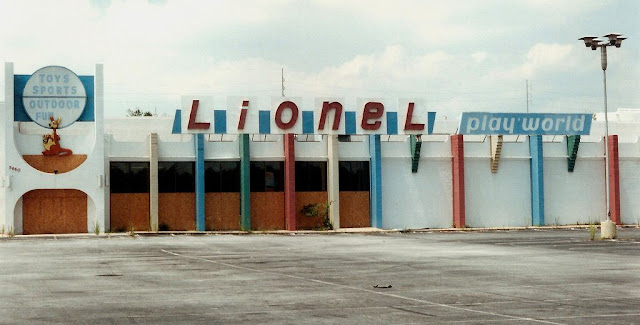 I was just thinking today about Lionel Play World and Toys R' Us. The reason, we we're going to the farmers market to do some shopping and a building over was where there was once a Lionel's Play World, now it's something completely different. Anyway, it made think about being a kid and the excitement of going to one of these massive toy stores.

Just walking in to one when I was kid meant that I could see the latest toys that would add to the stories that I created when playing. Whether that be Star Wars, GI Joe, Transformers, He-Man, Voltron, or whatever else, a new toy meant new stories to create, dialogue to make up, and fun to be had. 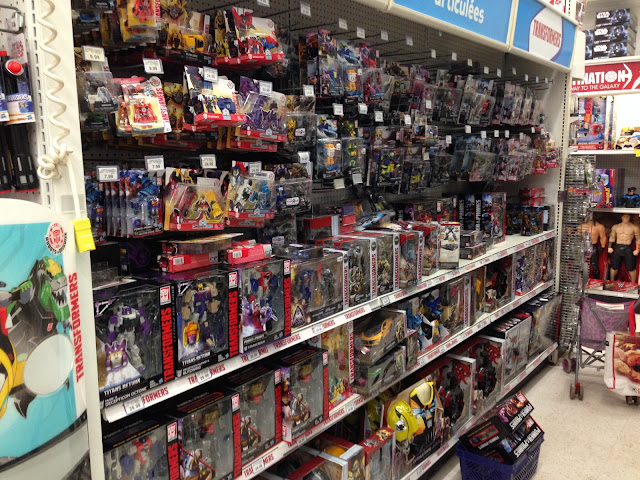 So when I was reminiscing on this, it hit me that kids today will never have that experience. They'll never be surrounded by a ton of toys and get to pick out the one new one in their immediate grasp to take home and let their imaginations run wild. With the loss of the big box toy stores, that experience is just gone.

Then I got to thinking that the kids today aren't like the kids of my day. They don't go out and play and imagine a different world around them. Instead, they turn on a console or computer and go to programmed places that set forth a predetermined world for them to "play" in.  They don't have to use their imagination to see a dragon coming down at them, it's on the screen. They don't need to pretend to be in the cockpit of the Millennium Falcon from a nook that they crawled to in a tree, they just put on their Star Wars game and they are there. They have the immediacy of being in the place of someone else's imagination instead of their own. 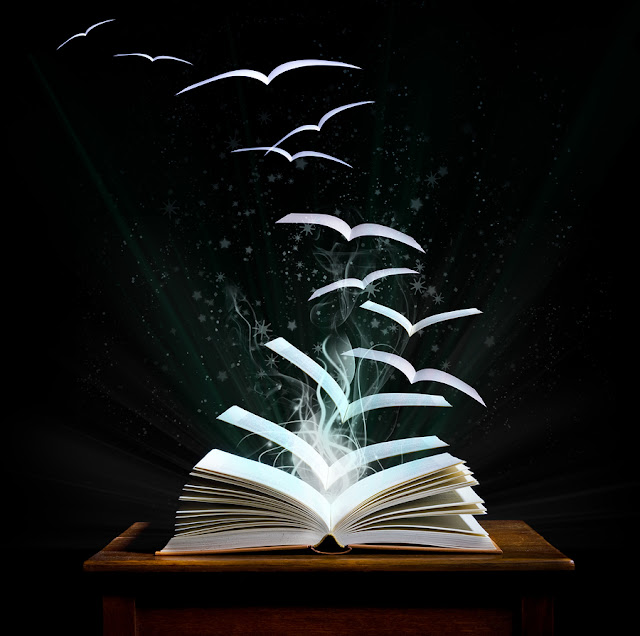 Then I got to thinking that having the experiences that I did have with toys and my imagination, helped with my ability to craft stories. Will the kids of today be able to come up with the stories of tomorrow when they've only ever lived the stories of someone else? Perhaps the take over of digital will have vast repercussions in the way that stories are told. Or perhaps, the need to make a story will always find its way through and demand to be told, kick-starting a dormant imagination and the desire to tell it.

Either way, this is new territory so I suppose we will find out sooner or later...