May 26, 2019
My comic book subscription list (ComiXology) is VERY different than just a year ago. A year ago, it was mainly all of the Valiant titles and Marvel Spider-Man titles. Today, that is definitely not the case. The reason being, Valiant writing and art, for me anyway, was not what it used to be. Also the way they did new number 1's for every new writer (Something Marvel and DC are now doing) is annoying. As for the Spider titles... I really enjoyed these (Spider-Man being my all timie favorite superhero) but... Marvel kept adding titles and then making them come twice a month. At a certain point it just hit the saturation point so I unsubscribed from all but one mini-series. 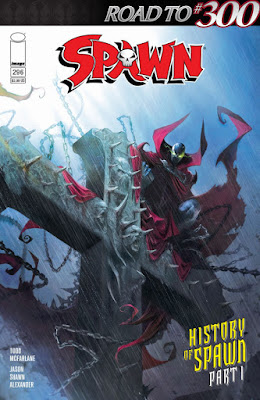 Spawn (Image)
I've got every issue of Spawn and I'm not stopping now. I've been with this title through all of the ups and downs, all of the crazy story changes, and everything Todd McFarlane has put this/these character(s) through. With 300 approaching (the longest independent run for any title), no way I'm stopping now!!! 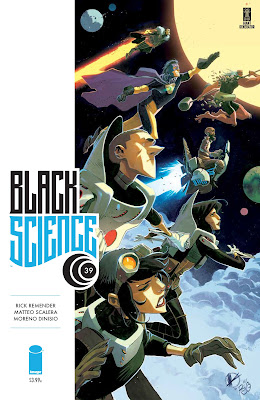 Black Science (Image) -Ending
This one is a great series. Super sci-fi and about a man an his family traveling through different universes, trying to get home. The art is beautiful. The themes are very adult. It's just an excellent book all around. This one is coming to an end soon (issue 43 is where the story will wrap up in July 2019) but it is well worth the ride!!! 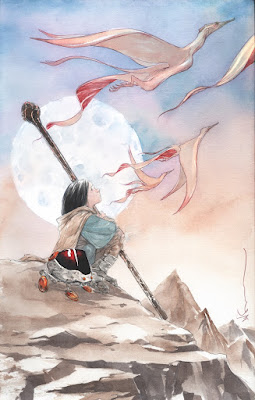 Ascender (Image)
Ascender is the follow up to the series called Descender. Descender was about science and robots and futurism. When it ended, it opened the world to magic and fantasy. The art here is always a joy to look at because it is done in water color and it is so unique. Go back, read Descender and and get on board with Ascender. 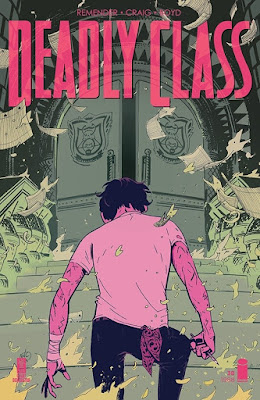 Deadly Class (Image)
I picked up (and caught up with Deadly Class) because of the new TV show on SYFY and what a great series this is. From the art, the adult themes, the uncensored overt anything is up for grabs of it all. This is a great series for any mature reader. 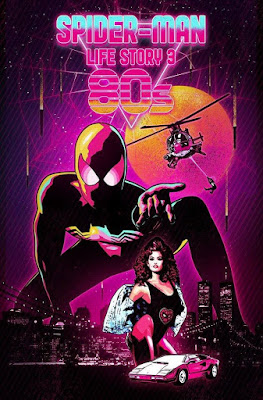 Spider-Man: Life Story (Marvel) - Limited
This is a what if 6 issue series. We're on issue 3 right now but I haven't read it yet because I'm going to read through all 6 when they are all out. The reason is because I think this could be a really special series in that this is Spider-Man in real time. From 1962 when Peter Parker was bitten to his current age as an older man in 2019. I think this is a great idea for a story and I look forward to the read. 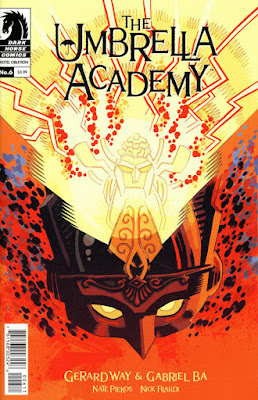 Umbrella Academy: Hotel Oblivion (Dark Horse) - Limited
This is a 7 issue series, with the final issue coming next month. Thanks to the Netflix adaption I got on board with the Umbrella Academy and it is some crazy stuff, but always enjoyable. 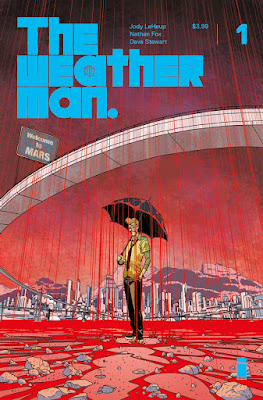 The Weatherman (Image)
The Weatherman volume 2 is about to hit next month and I am so ready!!! The scifi/cyberpunk/space opera of the first volume should hook any sci-fi fan. Now that The weatherman knows he was responsible for the destruction of Earth, what will he do now? 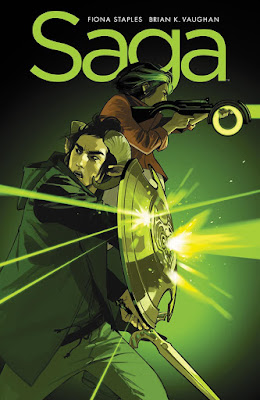 Saga (Image) - On Hiatus
Saga is still on it's year long hiatus but there is no way I would ever ditch this comic. It is without a doubt the best comic book out there. Period.


As you can see... I'm mainly into Image comics these days and I think that is because it is a more adult place with more adult stories. The superhero saturation point is coming and it's nice to have comics that are not superhero related. Maybe I'll do another one of these later in the year or next May (2020) to see how much my subscription list has changed by then. For now... this is what I'm getting.