Korn - In the Beginning 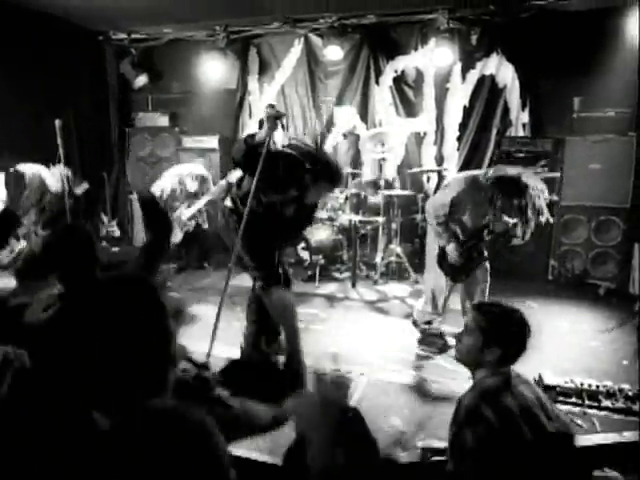 It was hot. The lights were low. Over a thousand people were packed into Heaven (over the 1,000 capacity limit), the upstairs concert venue for the Masquerade (since moved) in Atlanta. You could smell sweat and the lingering wisp of pot in the air. There was a pent up excitement in the room that was about to boil over. We, the people in this room, had found a band on college radio that had not yet jumped to the mainstream, but every single one of us there that night had to know that it would happen very soon. So for that night, Korn was entirely our found treasure to be reveled in.
The day had started long before we were all packed into that venue though. A friend of mine and I had gone to the Tower Records in Duluth Ga. to meet the band and get our debut CD's signed while chatting with them. The band showed up, Jonathan Davis in his track suit. We followed them into the store that was just opening. They headed toward the middle and the 12 to 15 fans there moved in close. I was standing right beside Jonathan Davis. He was already a "rock star" in my eyes. I mean, here's a guy that is only 4 years older than me but he was doing what I had always wanted to do and by all accounts, everything was going to explode for them into the full on rock stars that I already saw them as. We got their signatures, chatted a bit, and then the band was on to the next Tower signing downtown. Now it was just the wait to see the show, and the excitement just kept increasing by the minute.

The lights in the venue went completely down. The quick buzz of the guitar, the sound of the bass. And then, "ARE YOU READY????" And the entire room erupted into the most intense mosh pit I have ever seen or been in. From the front of the stage to the back past the lighting console and in the area of the bar and on the pool tables, bodies flailed around with youthful energy and brutal release!
I remember trying to swim through the bodies to a pole that was near the steps which was at the entrance to Heaven. Once I got there though, it was still too raging and violent to stay in one place. My only hope was getting to the steps. I wanted to view the band and watch them instead of being rocked by the waves in that ocean of bodies. As I made my move, the song Blind had finished and if I remember correctly, Ball Tongue was just beginning. As I swam, someone grabbed my shirt at the collar from behind and tried to pull me back into the vortex that was the central pit. I turned abruptly, saw the offender who would not let go, and I balled up my fist and hit him in the mouth. He released his hand and the pit consumed him from behind as I began wading ashore to the steps once again. I found a safe harbor on the steps next to the railing and had a clear view of the band on the stage. From then on I was there to bear witness to the energy, the sonic barrage, and intensity of one of the greatest LIVE shows I have ever been too.

Just a few months later, the band would explode on mainstream radio. They came back through again later that same year and played a bigger venue, which we also went to. While the band was on point and sounding just as great as the first time, the audience was much more reserved. Only the very middle of the general admission floor was a pit this time around. The audience skewed toward the crowd that found the band through alternative mainstream radio now. There was a new dynamic to be seen. Korn we're now rock stars. Soon they would be selling out stadiums. But for that one night way back when... Korn was our band that we had found on college radio before the first album had even been released yet. We were excited for their mainstream acceptance but nothing could take that special feeling of having found them long before the general public had latched on. 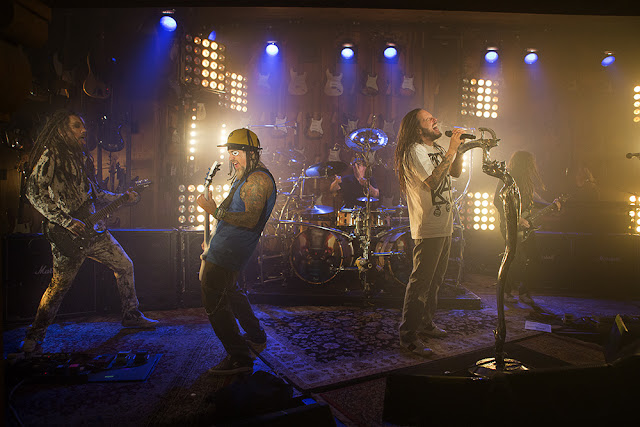 To this day, I still listen to their albums and I'm excited to check out each new one on release, especially since Korn are always innovating and trying new things with their sound. Without a doubt, Korn was one of the the last great mega bands. I don't think we'll ever see another one like them either. I do know, their music will without a doubt stand the test of time.