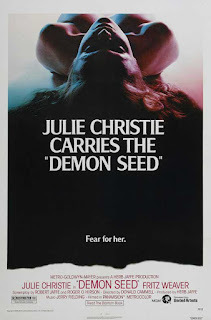 This is a 1977 Sci-fi speculative fiction horror flick

The Good:
Home automation tech we still don't have and a machine AI that takes over and even makes deep fakes.

The Bad:
No bad here.

Is it any good?
The machine AI doesn't agree with humans mining the world and knows that it can be turned off so he holds the main scientist's estranged wife hostage in order to impregnate her and transfer his conscious into the child.

Should you watch it?
YES. This is a good one. 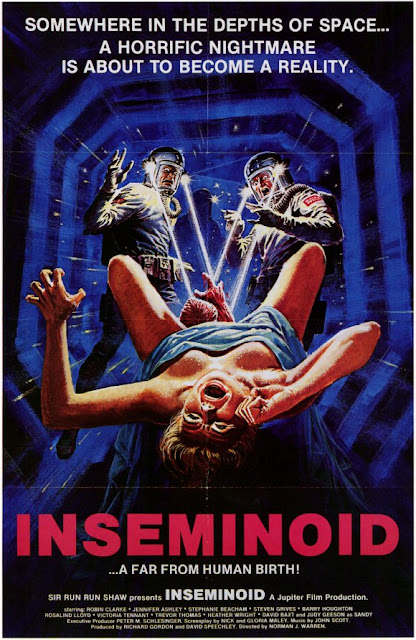 This is a 1981 sci-fi flick where a crew of interplanetary archaeologists are terrorized when Alien impregnates one of their crew.

The Bad:
Acting to sets to the alien basically taking control of the human woman to be the threat...

Is it any good?
Not really.

Should you watch it?
I'd probably skip this one. 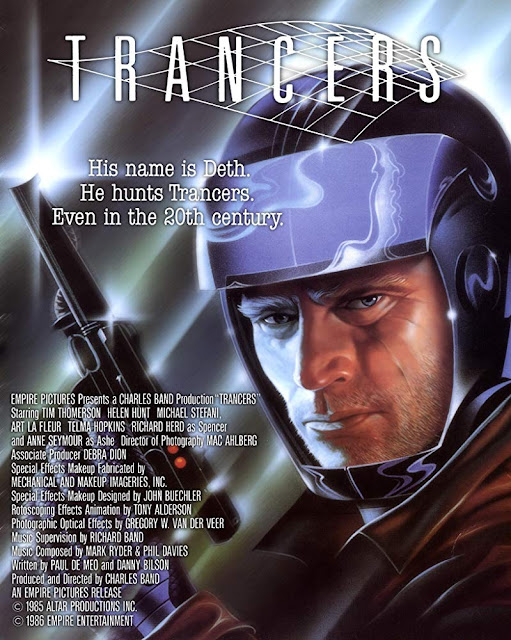 A 1984 sci-fi BladeRunner-like noir flick/franchise where Jack Deth must stop an evil villain who can persuade weak minded people into being zombie-like slaves to do his bidding.

The Good:
This is my all time favorite B movie series starring Tim Thomerson and Helen Hunt.

The Bad:
Nothing bad here. I'm VERY biased on this one though.

Should you watch it?
This franchise is mandatory B movie viewing. 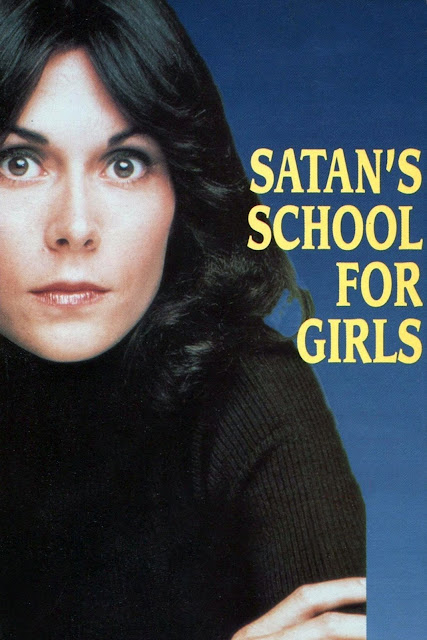 The Good:
Kate Jackson (my favorite of Charlie's Angels b/c she was the smart and sexy one) co-stars in this one.

The Bad:
A bit subdued because it was a TV movie and not a straight up theatrical flick.

Is it any good?
Yeah, it's worth checking out for Kate Jackson. The plot works good enough.

Should you watch it?
It's old school but worth the viewing. 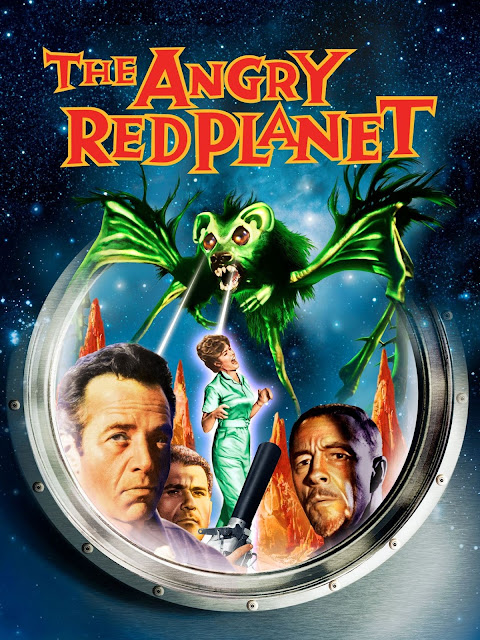 The Good:
The wonder. We didn't know there were no forests or creatures on Mars back then. Oh... and this isn't PC.

The Bad:
The effects were probably considered good for 1959 but it's dated now. Especially the red screen effect that covers everything when they are in the forests of Mars.

Is it any good?
It's enjoyable enough. Forbidden World (Prime)
1982 horror sci-fi flick that is an Alien knock off but still… it's not all that bad.

The Good:
Some of the acting. The sets. The plot.

The Bad:
Some of the acting. The opening space chase. The woman Yelling while being chased.

Is it any good?
It is actually. I enjoyed it.

Should you watch it?
It's worth a view. It's on the high side of being a good B movie. 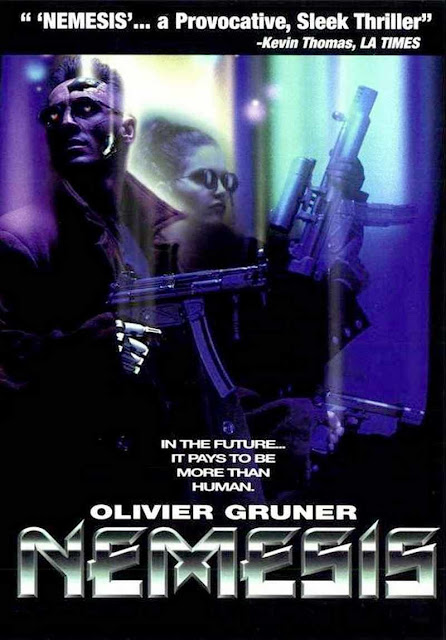 Nemesis (Prime)
1982 supposedly cyberpunk movie that isn't very Cyberpunk. Cyborg vs humans vs cyborgs or something…

The Good:
Tim Thomerson (Trancers) is in this. For the women, they get to see a young Thomas Jane nude.

The Bad:
Sets, plot, acting… A bad boob job for the men to see.

Is it any good?
Not really. When being touted as a cyberpunk flick, best to stick to filming in the city and not jungles with no technology.

Should you watch it?
It's probably not a good idea unless you are a woman obsessed with Thomas Jane. 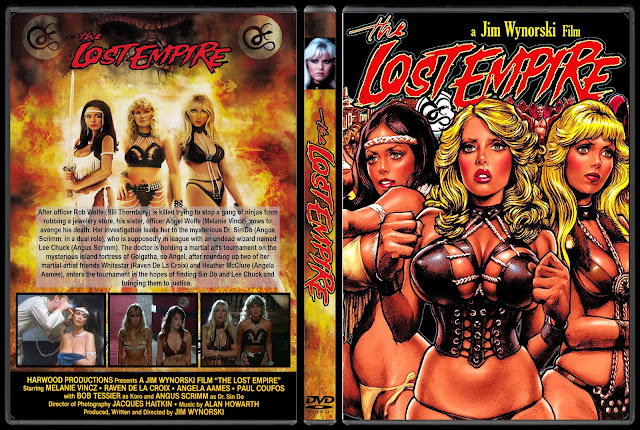 The Lost Empire (Prime)
1984 T&A police woman and her two friends vs Ninja secret society called Sin Do, that is recruiting women to become terrorists on a secret island.

The Good:
I want to say that there is something good here but… I'm at a loss for words.

The Bad:
Plot, dialogue, acting, action sequences… I think this movie was made with the T&A in mind and it doesn't even do that very well.

Is it any good?
Is being strapped to a chair, toothpicks to hold your eyes open, and long metal rods under your fingernails good? No, and neither is this.

Should you watch it?
Please don't. 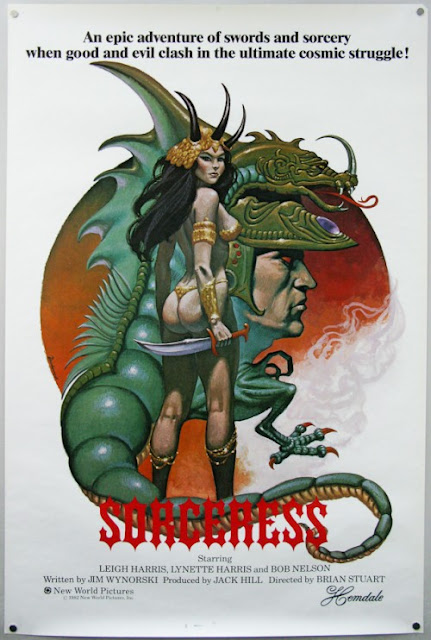 The Good:
The goat man was surprisingly goat-like.
They don't make T&A like this anymore.

The Bad:
The Barbarian with a perm.
All of the acting.
The story.

Should you watch it?
Depends, this could be a movie that is so bad that it's entertaining. 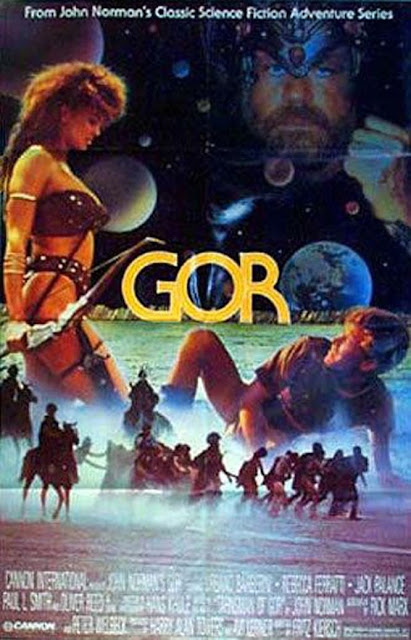 Gor (Sling TV - Channel: Comet)
80's sword and sorcery tale of a teacher from Earth transported to a strange world of swords, sorcerers, and T&A.

The Good:
The story actually isn't that bad.
Jack Palance is in this and the sequel (yes, there was a sequel).

The Bad:
Warriors with mullets.
The bad guy isn't scary.

Should you watch it?
Sure, why not. It's good for an unintentional laugh. 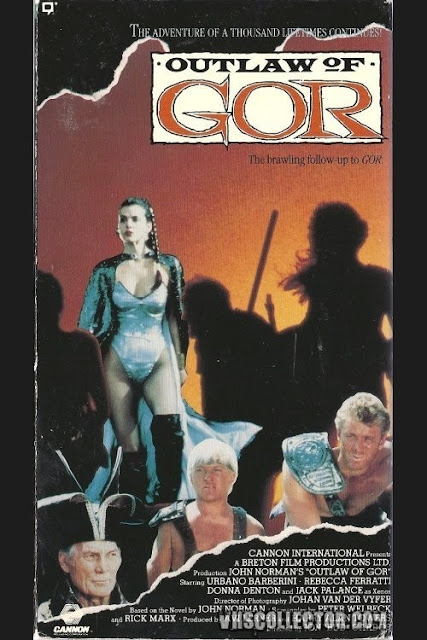 Outlaw of Gore (Sling TV: Channel: Comet)
The 80's Sword and Sorcery sequel to Gor. This adventure is all about freeing the slaves of Gor from an evil queen.

The Good:
It's on par with the first one... I guess that's good.
Jack Palance is in this one way more.

The Bad:
The story in the first one was better.
Not enough of Rebecca Ferratti this time around.

Is it any good?
Not as...um... good (not sure good fits here) as the original but not as bad as The Sorceress.

Should you watch it?
I mean... if you already sat through the first one, now's no time to stop being a completest, so dive in. 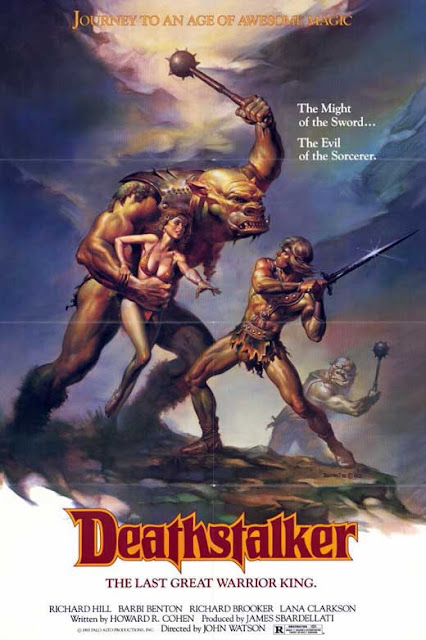 Deathstalker (Prime)
1984 sword and sorcerer T&A with a unhealthy amount of rapey men.

The Good:
There really is no good here. There is so much rapey rapey going on that honestly, the story about the sword and some evil wizard dude is kind of the least bad thing in this.

The Bad:
When your hero is the rapey one, it all kind of goes down hill from there. 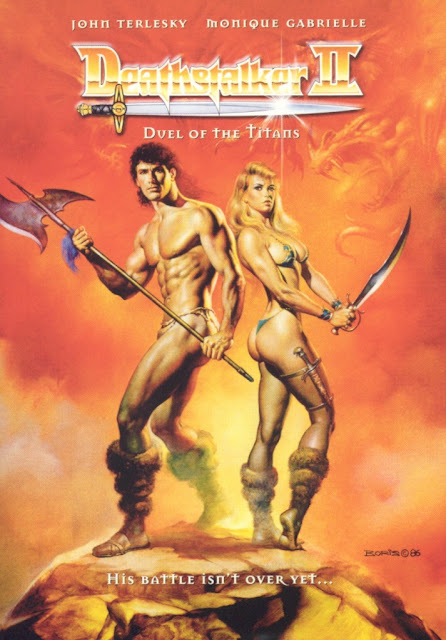 Deathstalker II (Prime)
1987 Sword and Sorcery T&A sequel that is more comedy than anything else. Indiana Jones and Star Wars callbacks play throughout, in a very jokey way.

The Good:
Less rapey than original and tries to go comedy above all else.

The Bad:
The acting, sets, story... pretty much everything but... it's still better than the original.

Is it any good?
Not really... It may give you a laugh or two though...

Should you watch it?
If you really can't get to sleep one night... why not throw it on? 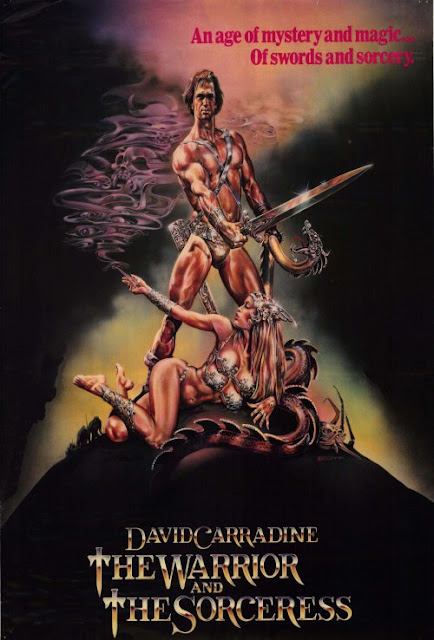 The Warrior and the Sorceress (Prime)
1984 Sword and Sorcery T&A B movie starring David Carradine as Caine Kain the Dark One, who is a Kung Fu Master warrior that wonders the old west wasteland as a mercenary to the highest bidder. When he wanders into a courtyard, with a lone well, situated between two warring kingdoms (less than a football field apart), he starts to play them against one another.

The Good:
There was a decent hero villain fight in the end. The sorceress, while not much of of a sorceress, was very feminist and anti-top. So she spent all of her time topless. The lizard creature when standing was pretty well done too.

The Bad:
The acting. Kain going back and forth over and over to play each ruler off the other. The sorceress constantly getting caught and put in chains.

Should you watch it?
The final 20 minutes reminded me of modern day politics with each kingdom against the other (Right vs Left) and then the Slavers played the role of Twitter/social media to perfection. That alone is enough to warrant a watch. I does have a plot so it can keep a person watching... if there is nothing on anyway. So yeah... give it a play.