Everyone wants to be a Cyber Star

Just from looking through the news yesterday I could see a mother dancing in a traffic jam while her kids film her over social media, to a father live tweeting about his own son trying to sneak a girlfriend out after the father discovered she was there, to whichever millennial starlet/social influencer/ unskilled for some reason popular celebrity had an assistant take pictures of herself to show off her ass. This is the world that has been created by social media. It's really not that pretty. It's a mad rush to be a Cyber Star, go viral, and maybe feel a partial moment of that 15 minutes of fame that everyone appears to be after. 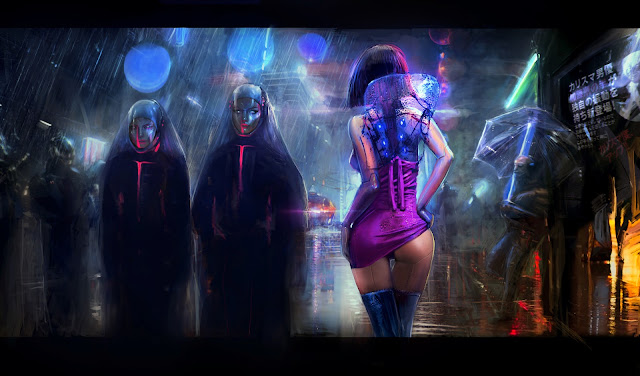 I don't really get it anymore. Sure, back in the G+ days I had over 5k followers on my profile and 50k followers on a few collections, but it didn't really mean anything in the end. G+ still fell apart, the people left, and nothing I shared there really mattered. I basically shared posts on swords, comic books, and cyberpunk stuff plus interacted with people on the same political level (something I do rarely now because let's face it, all politics is nothing but a giant cluster fuck and mess on both sides). Looking back, other than the handful of really great friendships I made (who I still keep in touch with outside that soon to be retired platform), the rest of it was a waste of time. To this day I don't know why I post things when I do??? From the outside looking in though, the people that do post things (like the above mentioned), look like they know very well that they will get views by posting their personal lives. The problem is, once that is out there, it's out there. No one really thinks about how that may come back around later and haunt them, or haunt the other people in those videos and pictures.

I also believe that because everyone wants to be a cyber star, society has gotten very used to always being on camera and streamed. Nobody cares about privacy anymore. So much so that when a government wants to monitor things, it's no big deal, or when a mega corporation sells their data or has a breach, it's just another day on the world stage. The viewer feels the same way as the exhibitionist in this because the viewer has become so used to the idea of watching that the entire dynamic of watching and be watched is just how it goes. Social media is turning out to have way more bad things to it than the good things we all thought it originally came with. So enjoy your 15 minutes of illusion and just realize, someone else may not want to be in your 15 minutes with you.