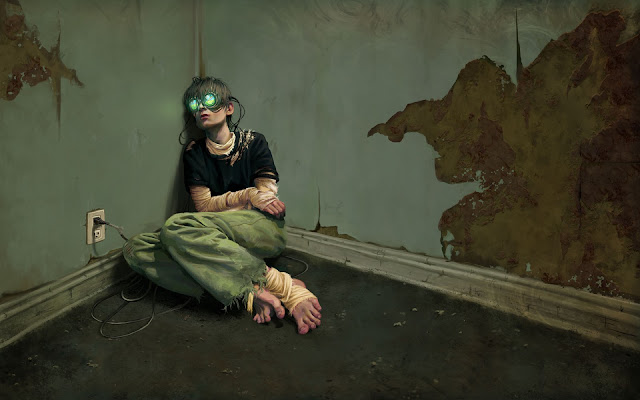 Humans have an inherent need to socialize. Social media offers this in ways that those who are not social, can be social, while those who are social, can be overly social. The modern day phone book and gathering place is Facebook while the modern day nightly news and complaint line is Twitter. This need to socialize, be accepted, and feel like one who has a voice, is the precise reason that these 2 platforms have complete dominance over the populace.

If there is a hack, exploit, or hole in the system, it simply doesn't register to the users of these sites. Sure, you will always have someone who wakes up, gets pissed, and discards the site but not enough people for it to really mean anything. Then too, you have remorse and addictive urges once you do, so generally, most people go back. The minority that speak loudly about how they were glad they dumped X network so long ago, don't really mean much of anything, when talking about the overall numbers involved. Congrats, you beat the overlord, here's your prize: Nothing. Your existence outside the whole means nothing to these overlords. One user or even a thousand users is nothing when talking millions to billions of users.

I'm not sure what will change this dynamic? I'm pretty sure that the machine has most people locked in at this point. When massive hacks and information theft doesn't bother the people, what will? I still believe to this day that that the Snowden release IS the biggest news story of this century, but for the most part, it was largely ignored. Why? Because Facebook, Twitter, and Google said, "Hey, we use your info, sell your info (and those that say Google doesn't sell your info wake up... What do you think targeted ads are you fool???), and track your info daily. So don't worry if the government does it too. We'll even help them out to an extent." The dumbest thing I've seen people online say is, "I don't care if they have my data, if I'm not doing anything wrong, what does it matter?" That is so naïve and idiotic to say that it boggles the mind. Plenty of things that weren't wrong 5 years ago are now viewed as wrong (James Gunn anyone???). The judgement for what is wrong is constantly changing, even more so with the mob mentality created by social media. So yeah, your information being used, bought, sold, targeted, and traded by others does matter, even if you are doing nothing wrong.

In a lot of ways, social media has become a programming tool for human control. The big corporations know this, as detailed in my last post (HERE). You can create a story, define a narrative, and move a populace. It's not just the Russians doing this. Come on people, don't be naïve. The Democrats and Republicans have been doing this for years without any outside help. Activist's for whatever cause, do this all day long. The very point of advertising, is to do this. Social media is the key to creating, forming, and directing the mob. You being in the mob really just makes YOU the useful idiot.

The best thing we can actually do is just NOT play the game. Don't share and repost everything you read. Ask yourself, does this news story really need me to post it? Will someone else most likely be posting this, in which case why do I have to? Will I even change one mind by posting this? There are very few things we really need to share out to everyone. Being first to break the news, means nothing. It only means something to the people that want your eyes on advertising or the people who have decided they want to be one of these worthless new breed humans, called: influencers. Why do you want to be like that? Also, do you really want to be influenced? These people usually don't even read past the headline they are sharing. Then they type up a small paragraph about how they knew X was Y, and then post it out to the world to move you. Don't be their useful idiots too.

The social addiction also killed civility in our society. There was a time when you wouldn't just say anything, no filter, and just be rude about things. Those days are past. Most comments I just dread reading these days because there are those that either have to play a politics card on something that has nothing to do with politics or those that just say something rude and snarky for no reason at all. Twitter fostered the quick and snarky insults into a sickening science. Thousands to millions of people with nothing interesting to really say but mass followers based on their snide and snarky rudeness. Would they say those things in a room with the target of their snark? Not in a million years. But because they get followers for being jack asses, it fuels their need and addiction to keep doing it more and more. Eventually, they have no civility left and most of their followers are lacking it too.

My best advice, break out of the game. Slow down. Try and think deeper, write longer, and be an individual that ignores the mob mentality of group think. Don't share every article you see on the internet. Make sure YOU have something to say if you do share something. Most of all, don't be anyone's or any groups useful idiot. Be yourself. Be an individual. Be unique.